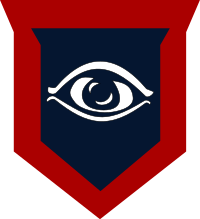 Guards Armoured Division is a serious attitude British World War II realism unit.
Our primary focuses are teamwork, historical accuracy, operational realism and enjoyable experience. Roots of the unit date back to May 2017.

To describe our unit the best, we’re a unit that is heavily influenced by history of the real Guards Armoured Division during World War II. The unit is medium sized and the leadership has a great amount of experience. On our operations, we usually expect attendance of 20+ players. Feedback is heavily valued in order to shape the unit for us all to enjoy. Ranks are given according to their need and leadership skills, rather than as a reward for good performance. We offer many opportunities to conduct historical operations focused on various nations in form of side operations. Relaxed attendance (We would like a notice of when you are not attending from which HQ can plan around), operational seriousness. New player friendly.

Each of the branches offers a completely different experience, with the biggest variety of roles being within the 1st Bn. Grenadier Guards - varying from regular Rifleman, through Bren Gunner, to PIAT gunner all the way up to Mortar crew.
There's interest in opening other unique formations in the future as the community will proceed to grow.

Our attendance policy is far from being strict. We are aware of the real life issues that everybody may have at any chosen point of their life, as well as their regular out-of-game duties. We can understand whenever somebody isn’t able to play the whole week due to their work schedule.

Aside from these, additional, bonus events may be hosted during the week.

It is required that applicants are at age of at least 16 and have a working microphone. We expect that the applicants can act mature and serious during the operations, as well as respectful towards the other members of the unit throughout the whole stay.

If you’re willing to join, we won't waste your time with pointless applications - add me on Steam to have a small chat, after which you will most likely be invited to the unit.

A new member starts at the rank of Recruit. Recruits are gentlemen that had just joined the unit and hadn't completed their basic training course yet.

Recruits have low priority in different matters - Privates have priority over them. Basic special (non-branch) roles such as machine gunners can be taken as long as a Private ranked member isn't interested in filling that position during the operation.

A recruit should never be afraid to ask different game related matters, such as procedures or game mechanics.

Recruits become Guardsmen upon completion of their Basic training.

Users browsing this forum: No registered users and 7 guests